Skip to content
October 10, 2018 Where Your Children Are virginia

Transgender student locked out of a lockdown drill 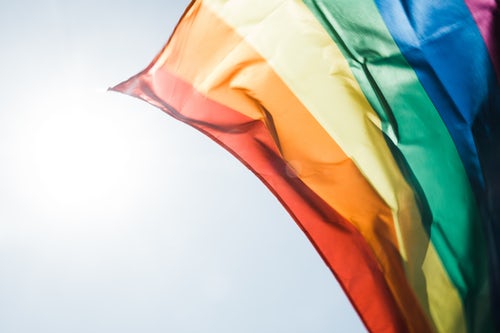 It’s nice to know that in the event of a true emergency, school officials will focus on what really matters: figuring out where to stick the transgender kid.

A transgender girl was allegedly barred from entering both the girls’ and boys’ locker rooms during a lockdown drill at her middle school in Stafford County, Virginia. She says she was forced to sit alone on the bleachers while the remainder of her physical education class took shelter in the locker rooms.

First of all, I didn’t realize that lockdown drills involved removal of clothing or anything else that may take place in locker rooms during normal school time. Wait, they don’t? So what did it matter where this kid went? Pull her into a room, and protect her.

In a place (meaning, public schools) where LGBT issues are typically discussed openly and non-conforming individuals are supported and often encouraged, the fact that things like this are still happening is truly mindboggling. This wasn’t even an issue of “Which bathroom should they use?” This was merely an issue of protecting a child’s life.

The next time you think you’re sending your child off to a place where those entrusted with their well being and safety will actually *care* about their well being and safety, think again. Because maybe next time, it won’t be a drill. Many schools don’t make the distinction between a “practice run” and a real emergency. And maybe next time they’ll deliberate where to put little Jimmy because he’s in the hallway between two classrooms (“You take him!” “No, *you* take him!”), or maybe Susan is throwing up so they moved her to the bathroom but now there’s an active shooter and her teacher hurriedly locks the classroom door, and “Where’s Susan? Oh, I’m sure she’s fine.”

Supposedly this transgender student had a teacher with them, as if this makes things all better. Good luck finding a teacher to be a sitting duck during an actual emergency. There are heroes, but there are also selfish idiots. Do you know which one is in your child’s classroom?

Published by Where Your Children Are

View all posts by Where Your Children Are